Writing from a Sense of Place - Guest Blog on BookPage.com

Having grown up in Wisconsin, I was surprised to learn that German prisoners captured during World War II were shipped across the Atlantic to my home state. They were housed in rural areas—vacated schools, fairgrounds, migrant worker camps—and were put to work in canneries and on local farms. Between 1942 and 1946, Wisconsin housed POWs in 39 camps across the state.

Thinking on this, a story began forming in my mind—a frightened family on one side of the gate, the enemy on the other. But as I looked into it, I learned that in many rural areas, the prisoners were needed more than feared. One such area was Door County, Wisconsin.

In 1944, when The Cherry Harvest opens, my fictional cherry orchard is threatened because there are no workers to pick the cherries. Nearly all the able-bodied men have left for war, and migrant workers have taken better jobs in the Army or at the shipyards. This would be the second year without a harvest and my family is about to lose their business.

In writing fiction, I typically write from a sense of place. I need to know the feel of it to better appreciate my characters’ relationship with their environment. With that in mind, in May 2011, I traveled to Door County with my daughter. To get a sense of the WWII era, I made numerous trips to the Door County Library and also interviewed people who remembered that time in Door County.

Door County is a lush peninsula that juts out into Lake Michigan, a tourist destination dotted with summer cottages, cherry orchards, lighthouses, beaches, and state parks. It’s known as the Cape Cod of the Midwest.

But it wasn’t always so. The name comes from the many ships that crashed along the rocky coast of what was known as Death’s Door. Today you can hire a plane to glide along the coast and view the shipwrecks still resting on the rocks below.

Because The Cherry Harvest is a dramatic story, I wanted it to take place on the stormy side of the peninsula—the Lake Michigan side—and so we booked a stay at a home right on the beach. I later learned that very home was the site of a former orchard. That spot became the location of my family’s homestead, and there, my protagonist, Charlotte, a farmwife, began to come to life.

I woke early each morning and listened to the birds, monitored the weather, walked barefoot in the grass and along the shore as my characters might have done. My daughter and I visited blooming orchards, tasted cherry pies, and learned of the old harvesting processes. I interviewed people who had lived on cherry orchards back when they worked alongside German POWs.

Charlotte came to me strong and brave, insisting on bringing POWs to pick the summer’s harvest. But she has a son, Ben, fighting in Europe against the Nazis. How would bringing prisoners onto the land play into her relationship with her son? Would he come home to find POWs on the land?

Continuing north along the shore is an expansive summer home owned by a politician; this became the home of Kate’s Cinderella boyfriend, Clay.

Thomas was the last character to come clear to me. He flowed out of Kate’s intellectual desires to leave the farm and pursue a writing career. While Charlotte and Ben share a pragmatic, physical sense of purpose, Kate and her father have an intellectual connection through poems and stories. Once the Thomas character developed, I could give him a backstory as well.

By the time I left Door County, I had my story. All I had to do was write it.
4 Comments

First, I loved your book, the Cherry Pickers. Read it in two sittings. Thought I might share with you that I grew up in Monticello, Maine, on a potato farm and like the POW's living in the area and picking cherries, the POW's lived in the Houlton, Maine area and picked potatoes on local farms. I SO enjoy historical fiction, you did a great job.

Thank you, Sandra! If you have stories from the time, I'd love to hear them. You can contact me directly through my CONTACT page.
Lucy

Excellent Blog! I have been impressed by your thoughts and the way you

Hello Lucy, our bookclub just now read Cherry Harvest for our discussion on Sept. 13. I am heading up to Door County this very weekend and am curious as to which lighthouse you referenced in this book... the one at Bailey's Harbor? I thought I might take a photo of it for discussion. Is Gordon Lodge referenced in your book also?

- Paula Cook I am on Facebook too. From Wis. Rapids 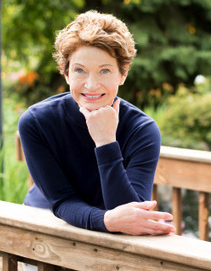