The Sound of a Story

Tags: Cherry Harvest, William Morrow, Audio, debut novel, Drama
My editor at William Morrow sent me three voice samples from which to choose for the audio version of my debut novel, THE CHERRY HARVEST. Suzanne was far and away the best choice. Her voice has a rich timbre with the hint of dark drama that this book needs.

Because I've been disappointed with audio books where the focus has been on the dramatic read rather than on the story, I told Suzanne that I wanted a straight reading without any drama around character voices. But she turned me around right away!

She read me a list of words she wanted to know how to pronounce – Indian names of Wisconsin towns, and a few character names as well. Then she brought up my concern about character voices. Shouldn’t Karl – the German POW educated at Oxford – have an accent? She read an example of her version of Karl, and boy did she nail it! Then she read her interpretation of the voices of the three major women characters; in each she conveyed a tiny difference in energy and octave. Yes! I was blown away!

I can’t wait to HEAR my book!
4 Comments

I am really looking forward to reading THE CHERRY HARVEST as soon as it is available. The audio book sounds fascinating and will certainly add an important dimension to this dramatic novel. After reading the novel I can’t wait to hear the character’s voices to better understand the story and truly know the characters as they come to life!

Listening along sounds like fun. I can't wait til the audiobook comes out!! =D Very excited about your progress!!

I had a great time visiting with you this morning and let me know if the opportunity arises I would love to voice one of your stories.
Louie

Thanks, Louie, for inviting me onto your program and for your gracious on-air comments about there being something in THE CHERRY HARVEST for just about every reader. You're a super interviewer. I'd love to be invited back when my next book comes out!
Lucy 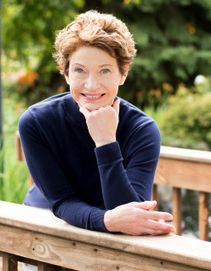